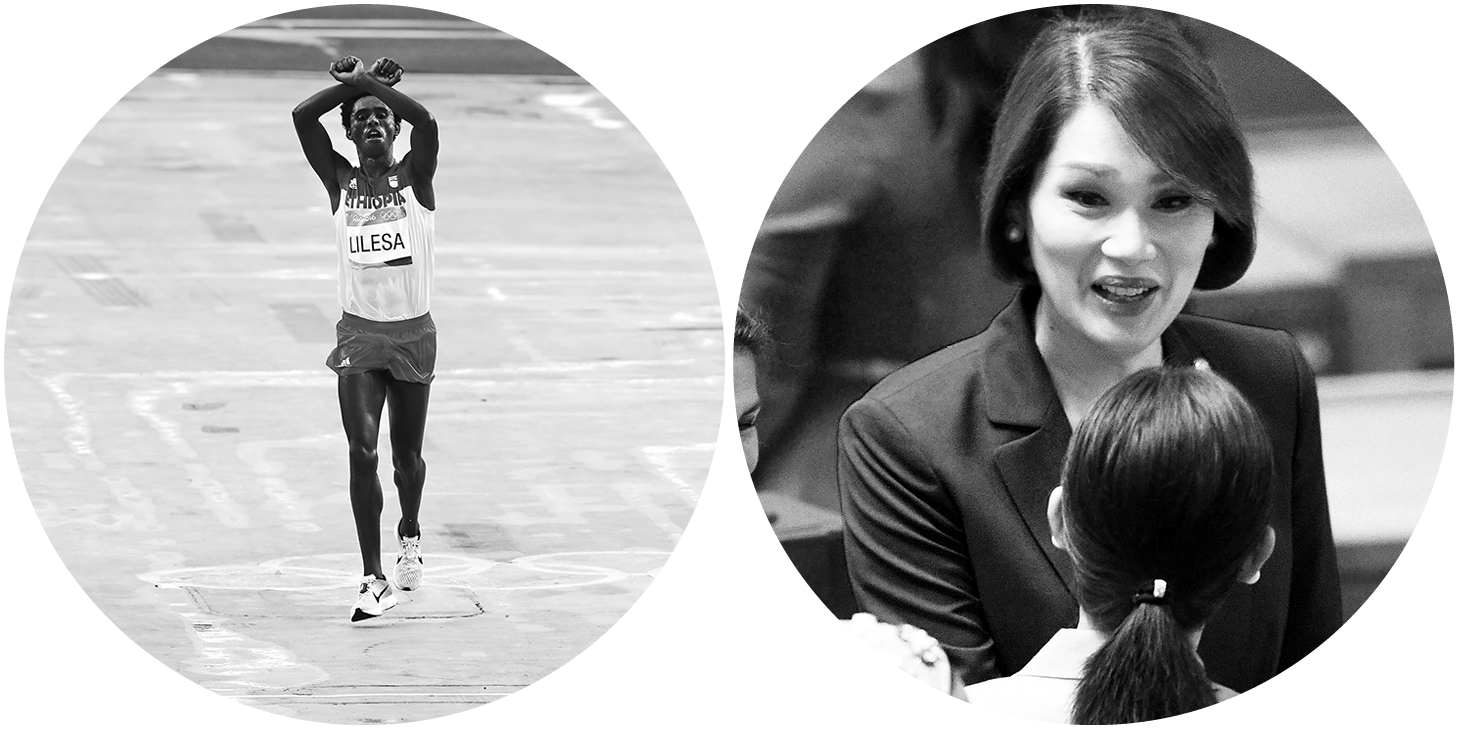 Like a coat of many colors, these individuals showed that agitation takes myriad forms. A runner broke Olympic protocol to stage a solo protest. A bureaucrat searched for solutions to religious radicalization in France’s prisons. In Saudi Arabia, a woman registered to run for office; in the Philippines, a transgender woman won an election. If starting a political party premised on self-determination in Hong Kong is daring, and facing down a homophobic Catholic cardinal is brave, then kindling a nationwide movement against Zimbabwe’s Robert Mugabe with a Facebook video is downright revolutionary.