The Man Going Back

Tens of millions of people are displaced around the world. I met one in Djibouti faced with an impossible choice. 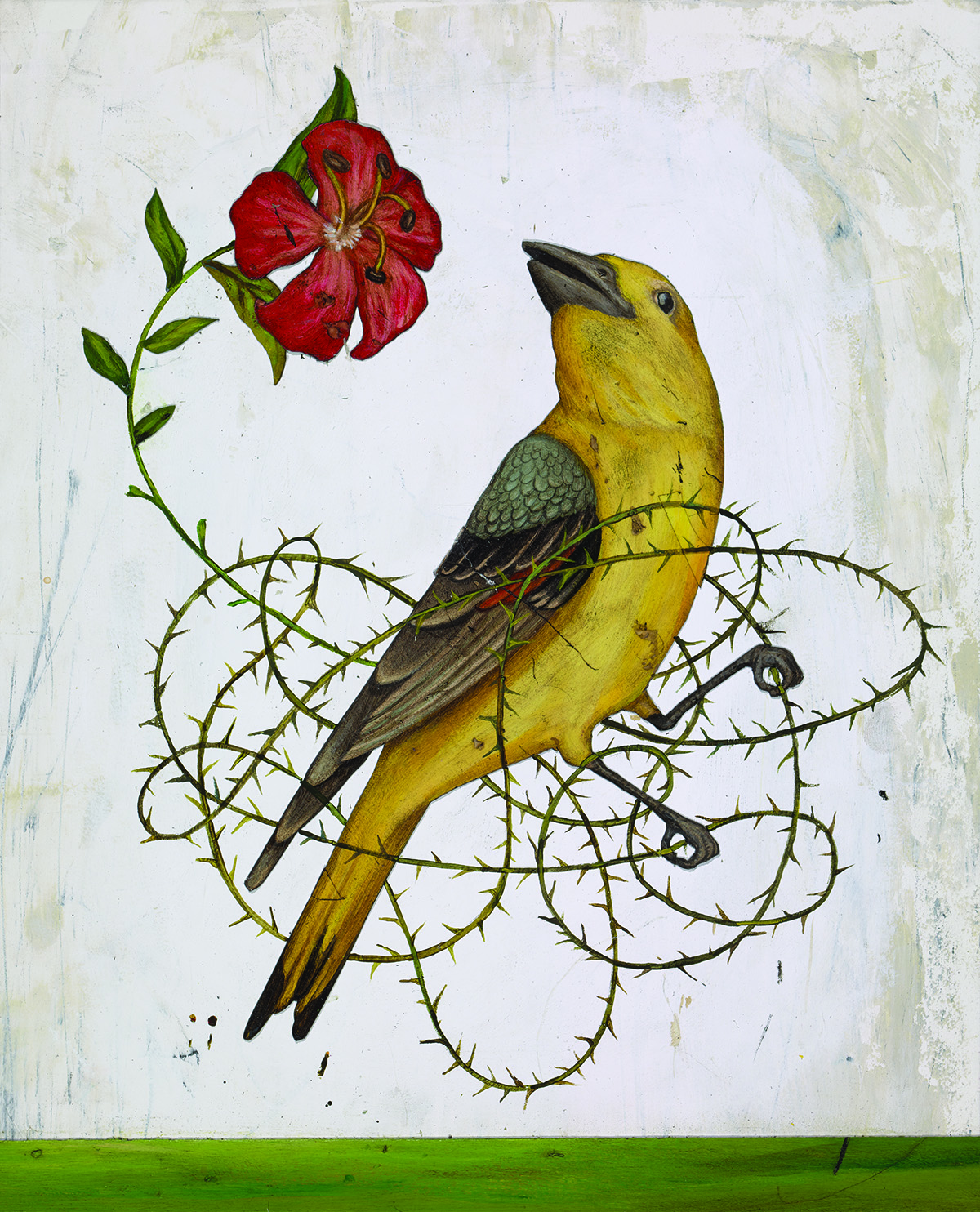 This April, my Yemeni-American friend, Mokhtar, and I rented a car in Djibouti City and drove four hours to Obock, a tiny whitewashed village on the Gulf of Aden. When the Saudis began dropping bombs on Yemen, ostensibly to slow or to punish the Houthi takeover of the country, thousands of Yemenis had crossed the sea and found their way to Obock, a godforsaken town on the coast. We got there, and it was 124 degrees Fahrenheit.

When the war began, UNHCR had set up a refugee camp on a bluff outside Obock. By the time my friend and I arrived—a year and change after the bombing had started—the tents remained, but for the most part the only people left were poor Djiboutians who had taken up residence. Twice a day, red sandstorms took over the camp, rendering everything opaque and sending its inhabitants into the darkness of their canvas dwellings.

Mokhtar and I wandered around Obock and met a young man who had nowhere to go. He emerged from one of the buildings wearing a Hollister T-shirt. He was Yemeni and had fled the war. Like many men of fighting age, he was recruited by the Houthis to fight the Saudis, but as a dental student, he wanted no part of the conflict. They gave him a gun; he sold it. They threatened his life, and he figured it was time to get going. He jumped onto a freighter headed to Djibouti and got off at Obock. He was one of the few Yemenis left in the port town. When he’d arrived, the Djiboutian government had taken his passport, and he couldn’t leave the UNHCR camp without it.

So one day Mokhtar and I went to UNHCR’s offices to ask about the passport. The scene at the gate of the compound was chaotic. Workers seemed to be opening and sorting a shipment of food. They were local Djiboutians hired by the U.N., and there was a white woman in local clothing, pink and sweating in the heat. Together, and with great commitment, they opened boxes and assessed what they had. White trucks came and went.

We were not granted an audience with the head of the local UNHCR operation. He eyed us warily from behind the gate and disappeared into the building. We had to go back to town and send a flurry of emails until we got an appointment later in the day. When we did, we presented the case of the young Yemeni dental student. What are his options? we asked. The UNHCR representative, a hardworking man sent to do an impossible task, had no constructive answers. Together, we parsed out the future of this human who had fled a war. He couldn’t go back to Yemen, because he would be targeted as an enemy of the Houthis; if he went back to Sanaa, he expected to be killed. He couldn’t live and work in Djibouti, because he was not legally allowed to exist outside the refugee camp. But the camp was nearly empty. It was a wretched place located in a wretched climate. And it would not be there forever.

What about asylum? we asked.

He could apply for asylum in Djibouti, the man said. He referenced the European Union’s Dublin Regulation, which states that the first country a refugee enters should be his or her de facto place of asylum.

But this is Djibouti, one of the poorest countries on Earth. Why would he want asylum here? we asked. The man had no answer. We all knew the dentist would not want to seek asylum here. And besides, were there any asylum services in the camp? Lawyers or counselors? The answer was no.

It’s a difficult situation, the UNHCR man said. We agreed.

Can we at least get his passport back for him? we asked.

The passport, the man said, is likely in Djibouti City, hours away by car. But he wasn’t sure.

There are moments when humanity so twists itself into a pretzel of illogic that there seems to be nothing redeemable about it. Mokhtar and I sat in the office of the UNHCR man, and we all stared at each other for a long moment, thinking of the dentist. He’d fled a war. He was justified in not fighting a war in which he had no say and no side. He had done the right thing in fleeing and in coming to a camp sanctioned by the U.N. Without his passport, though, he could not leave Djibouti—could not even go to neighboring Ethiopia, for example, a country in which he had some possibility of a rational life. As a refugee fleeing his country, he was diminished already. But without a passport he had no agency. He’d been rendered no longer a person.

What is the plan for someone like him? we asked the UNHCR rep.

The UNHCR rep said there was no plan. Very difficult for a case like his, he said. We left the office. We stepped out into the heat of the road near the compound. Mokhtar and I hatched a plan by which we would spring the Yemeni dentist from the camp and drive him to Djibouti City. There, we’d make calls and knock on doors until the young man at least had his goddamned passport back.

Mokhtar recognized him as a Yemeni, and they began talking in Arabic. It was 125 degrees now. The sun was directly overhead.

Nothing here for him. He’s been here for months.

The Yemeni man was handsome and hearty, about 40 years old. He’d fled the war, leaving his family, hoping he could send for them. But now, with nothing in Djibouti, with no possibility of work or asylum, and noting the fact that many had died in the refugee camp in Obock—instead of bringing his family away from the war zone, he was returning to it. He smiled as he spoke, almost bashful when he told us he had hired a boat, a small skiff with an outboard motor, to take him back to Yemen.

He has nowhere else to go.

Somehow this man had managed to get—or keep—his passport. This day, when we encountered him, he’d come to UNHCR to get whatever supplies the office could spare. The staff had given some food and a few bottles of water. Now he was on his way to the Red Sea. He had one duffel bag and a satchel he’d fashioned from a blanket.

Because our car was parked right there, and our own suitcases were inside, Mokhtar and I wondered aloud what we could give to this man. We opened the trunk and opened our suitcases and found four pairs of pants, four shirts, and a pair of shoes. Maybe he could sell them? We stuffed them into his satchel. Mokhtar gave him about $100, and the man packed it all up again and hoisted the satchel over his shoulder. He was grinning in a way that said, Shit. Shit. This is all shit, but this is all I can do. I’m paying a man in a boat to take me back to a war.

Then the man walked down the road toward the port of Obock to get on the skiff. This is the image I have when I think of the year’s events, of humanity in 2016. A man is born into Yemen, a land of impossibly rich history but unstable government. Yemen becomes home to terrorists who plague the Western world. The Western world responds by bombing the country. The country does not appreciate this, and during the Arab Spring, the president is pushed out. The power vacuum allows for much confusion and jockeying, and the Houthis, a rebel group, sweep down from the north to take control of Sanaa. The Saudis and Iranians take sides, engaging in a brutal proxy war. The Saudis bomb the country from above. Hundreds of thousands of Yemenis flee, but the world has no plan for these refugees. No one wants Yemenis, because a number of terrorists have come from Yemen. So this man whom we met on the road has been betrayed by his own people, ill served by the international community, and forgotten by the world at large.

At the moment, there are about 21 million refugees in the world. Most of them have few if any good options. The man with the makeshift satchel is emblematic of the choices available. He can stay in a godforsaken part of a desperately poor country like Djibouti, or he can go back to an active war zone.

After saying goodbye to this man walking to the sea, Mokhtar and I found the dentist in the Hollister T-shirt. We drove him the four hours to Djibouti City, and after a few days were able to get his passport back. At least he was a person again. We could have done more for him, but we didn’t.

This is a somewhat discouraging story, but I tell it to illustrate how dire the problem is for tens of millions of humans cast to the wind by forces beyond their control. And how much work it takes to provide meaningful help to even one person. Usually we do a bit, we give someone a ride from one tough place to another, and we go back home.

The 2016 Global Thinkers do more; the women and men featured in these pages have made a lasting commitment to alleviate the problems humans have created for humans. It takes time to do this work and to do it well. It takes imagination and the willingness to throw away broken rules and inhumane systems. And it takes great patience over time—the willingness to endure 1,000 setbacks on the way to something like triumph. We do well to remember all this and to celebrate their progress.