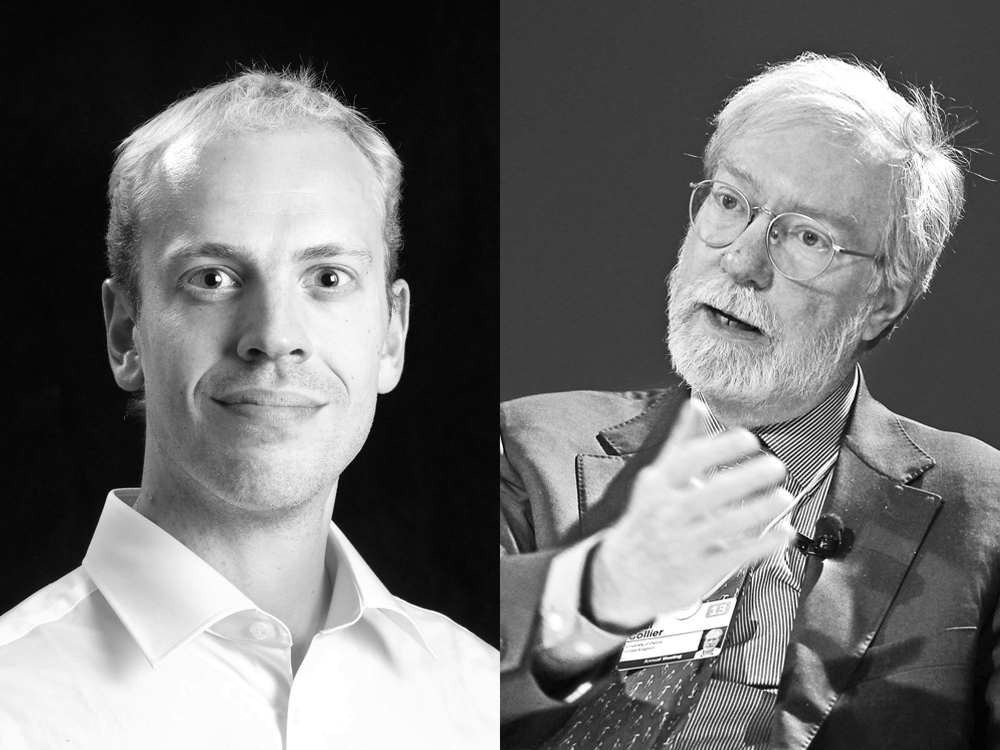 Oxford professors Alexander Betts and Paul Collier have a radical idea: Rather than shifting refugees to camps and onto welfare programs, Jordan, which hosts 655,000 Syrians, could provide them with jobs and education in special economic zones (SEZs). This would reduce the state’s financial burden, give Syrians more autonomy, and encourage investment in SEZs, which might generate jobs for Jordanians, too. The duo’s proposal, published in Foreign Affairs, gained traction in March, when the World Bank announced a $100 million pilot program allowing 150,000 refugees the right to work in Jordan. In July, the European Union finalized a 10-year trade deal stipulating concessions on products manufactured in Jordan’s SEZs. In exchange, within three years, employers must create workforces that are 25 percent Syrian. (Betts photo courtesy of Alexander Betts/Collier photo credit: SEBASTIAN DERUNGS/World Economic Forum)

Although it has been more than a decade since he last participated, Betts has long been involved in competitive debating. In 2006, he won the European Debate Championships in Berlin.

Collier’s main dislikes, according to the Guardian, are “decline in courtesy, the rise of celebrity, and all kinds of sport.”