For keeping the doors ajar. 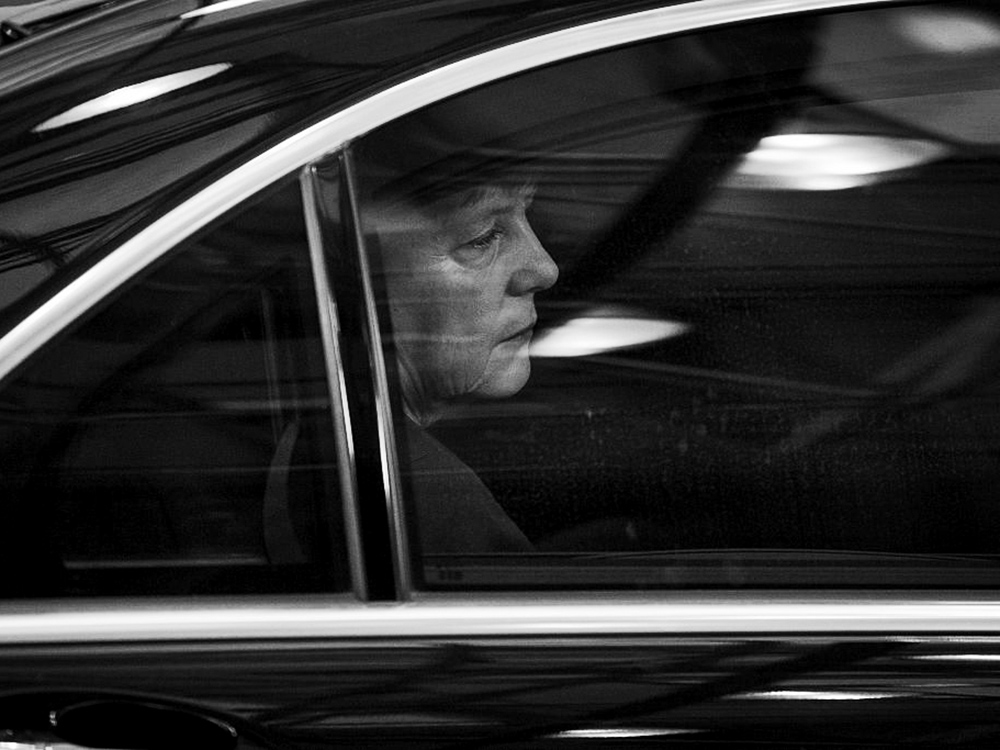 Since she opened Europe to waves of refugees last year, Angela Merkel’s party has paid dearly in regional elections. Across the continent, her name has become a four-letter word to nationalist and xenophobic politicians on the left and right. Against this rising tide of nativism, the German chancellor has remained firm on the humanitarian imperative of welcoming foreigners and the need for Europe to address the crisis collectively. She’s refused to pander to populist scapegoating—instead doubling down with a new law to integrate refugees into Germany. Although the deal she helped broker with Turkey to stem the flow of migrants is far from perfect—and could unravel—it demonstrated pragmatism. Meanwhile, politicians in the United Kingdom, France, and Italy held their fingers in the wind. (Photo credit: JACK TAYLOR/Getty Images)

Merkel is terrified of dogs due to a bite she suffered in the 1990s. During her first meeting as chancellor with Vladimir Putin, the Russian president gifted her a plush toy dog.

According to an October survey, two-thirds of Germans don’t believe a Europe-wide solution to the refugee crisis is realistic.