For wasting no bread or cheese. 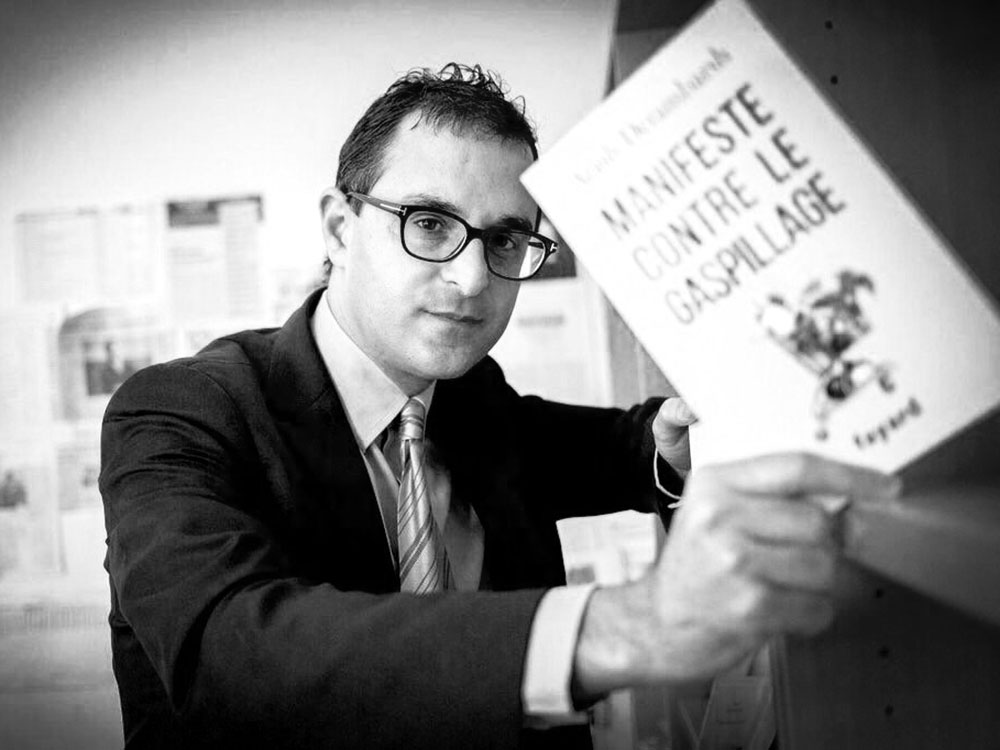 France trashes roughly 15 billion pounds of food annually. Arash Derambarsh, a councilman in the city of Courbevoie, says that figure is “scandalous and absurd”—particularly because 12 percent of France’s population suffers from food insecurity. Derambarsh and volunteers started distributing food discarded by stores to needy people, and he circulated a petition demanding that the national government scale up his effort, which garnered 200,000 signatures. Derambarsh succeeded: As of February, a law—the first of its kind anywhere—bars supermarkets from tossing food before it expires, instead compelling them to donate it or face a 3,750 euro fine (around $4,000). Derambarsh wants the policy implemented across Europe. In a video message, he urged U.S. President Barack Obama to enact similar legislation. (Photo courtesy of Arash Derambarsh)

Derambarsh received his Ph.D. in law from the Sorbonne in Paris.