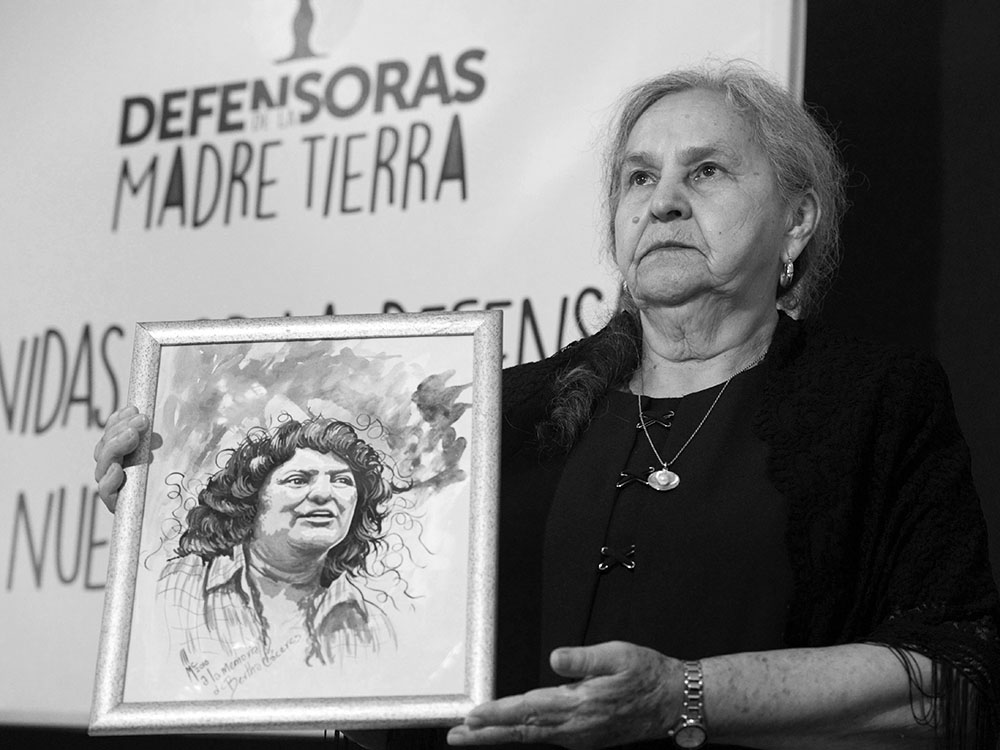 Before 44-year-old Berta Cáceres was killed in March, the environmental activist had reportedly received 33 death threats during her decade-long fight against Honduras’s proposed Agua Zarca Dam. The project, she and other activists argued, would cut off the water supply for the indigenous Lenca community. Cáceres’s death sparked international outrage and highlighted the peril facing green advocates in her country, where 109 environmental activists were slain between 2010 and 2015. Not wanting her daughter’s fight to lose momentum, Austra Flores quickly took up the cause and called out Desarrollos Energéticos S.A., the private energy company behind the dam, and the Honduran government for their culpability in her daughter’s death. In September, she presented a petition to pressure Congress to cancel Agua Zarca once and for all. (Photo credit: ORLANDO SIERRA/AFP/Getty Images)

Of the four people arrested in Cáceres’s slaying, two have ties to Desarrollos Energéticos S.A.

In 2013, local protests prompted Sinohydro, a Chinese state-run company and the world’s largest dam developer, to bow out of the Agua Zarca Dam project.