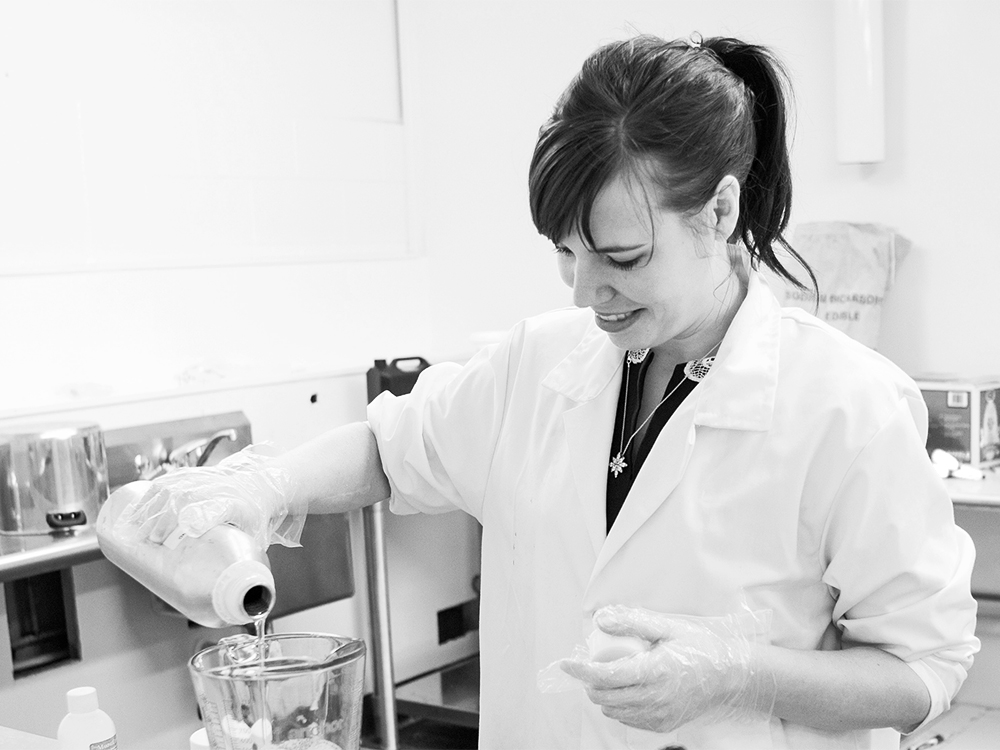 When Brianne West dropped her shampoo in the shower one morning, she watched the contents disappear down the drain and was struck by how much of it was water—turns out, 80 percent in some bottles. The university student used her training as a biochemist to start Ethique, an eco-conscious beauty company that sells shampoo, conditioner, and other products in the form of concentrated bars packaged in compostable paper and cardboard. This eliminates the use of both water and plastic. Using $200,000 raised through PledgeMe, a crowdfunding platform, the climate-neutral company was able to expand its operations this year and now sells bars to global markets. So far, Ethique has saved 60,000 plastic bottles—with the goal of hitting 1 million by 2020. (Photo credit by Brianne West)

All Ethique products are manufactured in the company’s Christchurch, New Zealand, lab, which is carbon neutral.