For lifting words off the page. 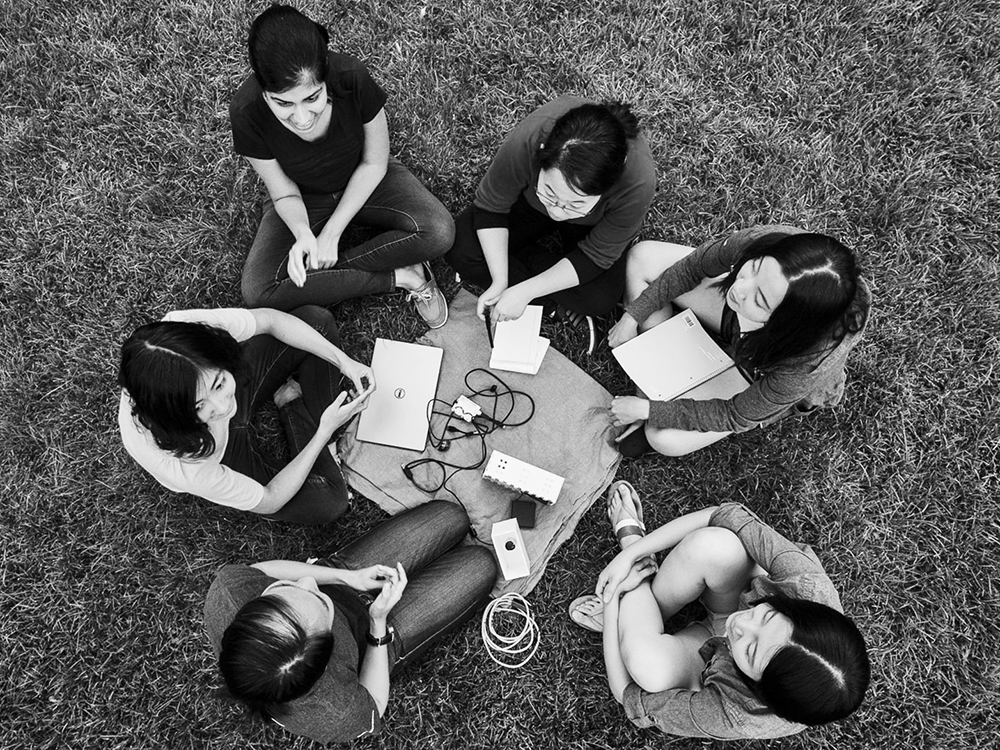 Earlier this year, these six students presented MakeMIT’s hackathon judges with a prototype that wasn’t pretty—picture a tangled mess of colored wires and cardboard fragments—but it was game changing. The device, which resembles a hand-held, rectangular, pin-studded wireless speaker, translates printed words into Braille instantly. This is how it works: As a mechanism inside the contraption captures images of printed text, the pins directly respond by moving up and down, forming Braille characters. Chandani Doshi, Grace Li, Jialin Shi, Bonnie Wang, Charlene Xia, and Tania Yu hope to bring it to market, with a price cap of $100. They aren’t wasting time: In September, the inventors, known as Team Tactile, filed a patent for their creation as part of Microsoft’s Patent Program. (Photo courtesy of Team TACTILE)

A 2013 study found that less than 40 percent of legally blind or visually impaired people were employed.

According to a 2016 study by the Institute for Women’s Policy Research, women aren’t included in more than 81 percent of patents. Unless things change, the report found, women won’t reach parity until 2072.