For committing a righteous crime. 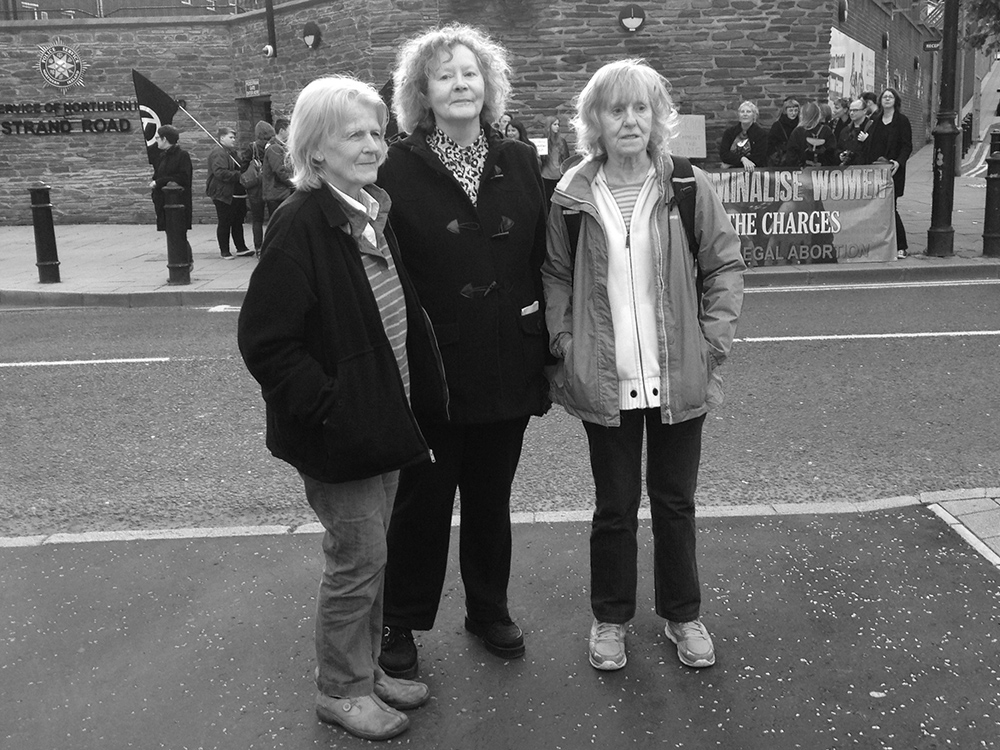 Northern Ireland prohibits abortion unless the mother’s life or health is in danger. A woman with money to travel can undergo a legal procedure elsewhere in the United Kingdom, where statutes are more liberal. Poor women, though, often break the law. When authorities prosecuted a 21-year-old Belfast woman for purchasing abortion pills online this spring, retirees Colette Devlin, Diana King, and Kitty O’Kane were furious. They marched into a police station, confessed to importing abortion pills, and demanded prosecution. “People have…a moral responsibility to oppose bad law,” Devlin told the press. The demonstration came just before Northern Ireland began appealing a 2015 court judgment, which ruled that current abortion policy violates women’s human rights. Devlin, King, and O’Kane highlighted how it exacerbates inequality, too. (Photo courtesy of Colette Devlin, Diana King, and Kitty O’Kane)

Before turning themselves in, the three had been mail-ordering abortion pills for five years as a favor to women who didn’t want the capsules sent directly to their homes.

In August, two Irish women live-tweeted their trip to Britain so that one of them could get an abortion. They used the hashtag #TwoWomenTravel and amassed 27,000 followers.