For protecting a homeland. 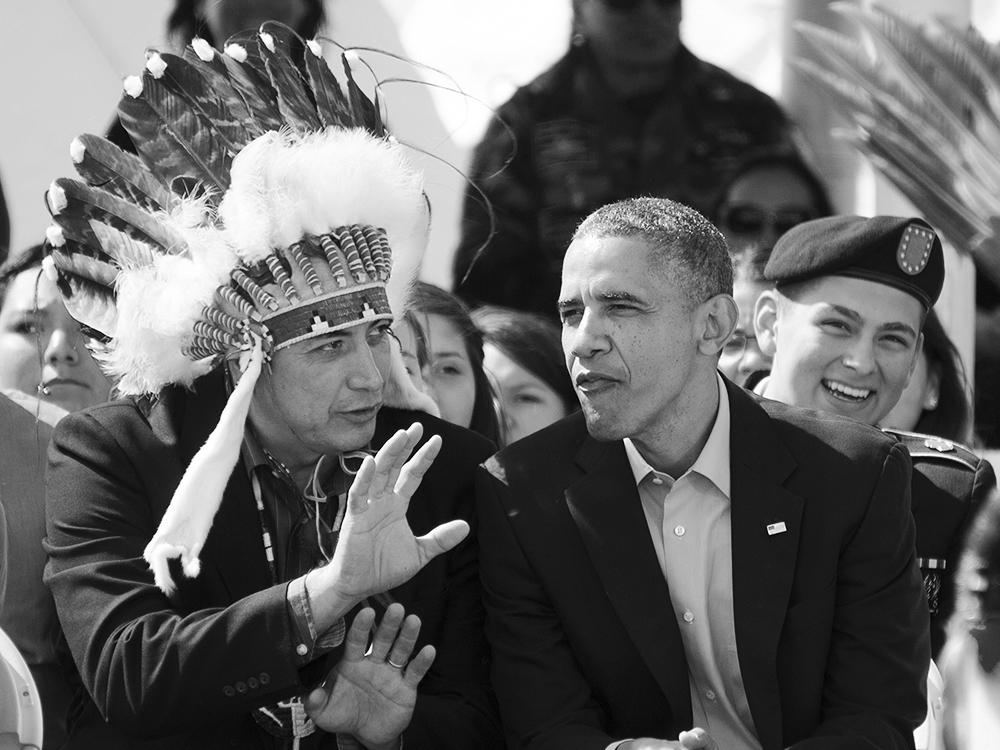 At the center of the largest gathering of Native American representatives in a century is David Archambault II. The Standing Rock Sioux chairman has been key in leading protests against the development of the $3.7 billion, 1,172-mile Dakota Access Pipeline, which—if it ruptures or even leaks—would threaten his reservation’s access to clean water. From meetings with North Dakota’s senators to an op-ed in the New York Times, Archambault has made the pipeline a national issue, highlighting the dangers to the reservation, as well as to the surrounding region, of pumping approximately 500,000 barrels of crude oil daily. In September, demonstrators pressured the federal government to suspend construction, but building resumed a month later—alongside protest camps that show no signs of dispersing despite clashes with militarized police. In early December, federal authorities halted construction on the pipeline, announcing plans to conduct a study on the environmental effects and consider alternative routes for the pipeline. Although the fight isn’t necessarily over, in a statement Archambault praised the government’s effort to “take steps to correct the course of history and to do the right thing.” (Photo credit: JIM WATSON/AFP/Getty Images)

One of Archambault’s first jobs was as a school bus driver.