For tearing down walls by painting them. 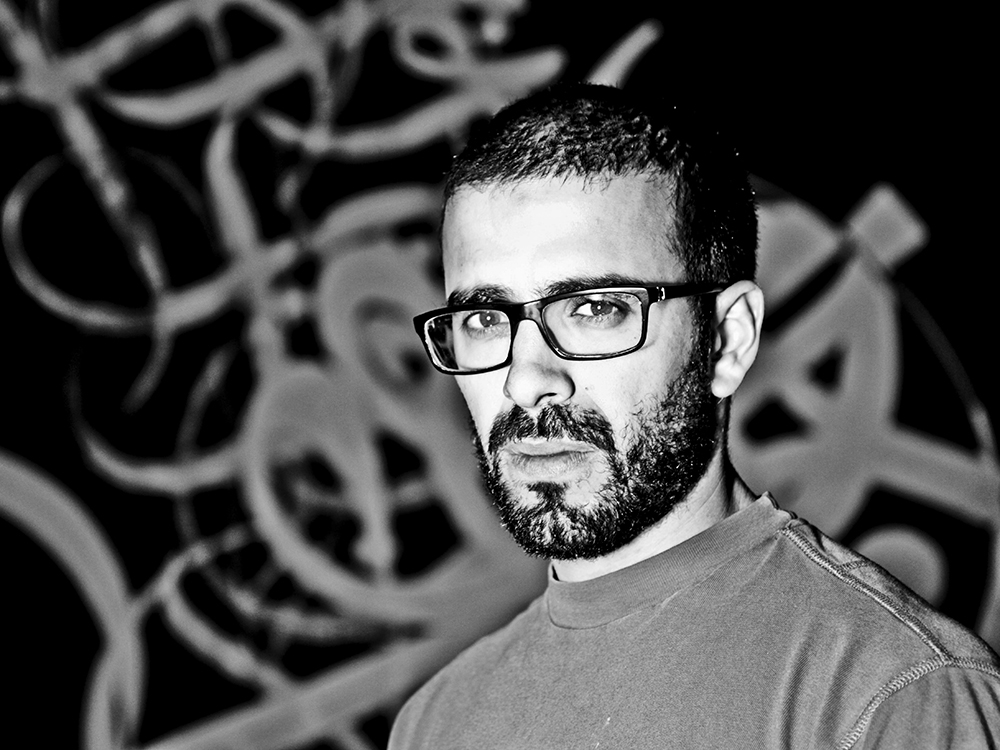 Up close, the white, orange, and blue paint coating some 50 buildings in the Cairo suburb of Manshiyat Naser looks haphazard. But from a hill on the neighborhood’s fringe, an enormous design comes into focus. Carefully pieced together over dozens of walls is a street mural of Arabic script quoting a third-century Coptic Christian bishop: “Anyone who wants to see the sunlight clearly needs to wipe his eyes first.” French-Tunisian artist eL Seed executed the project, called “Perception,” this spring to honor the garbage collectors who populate Manshiyat Naser but clean all of Cairo. As eL Seed wrote on his website, “I am questioning the level of judgment and misconception society can unconsciously have upon a community based on their differences.” (Photo credit: SALAH ZRIBI via Creative Commons)

el Seed earned an MBA to please his parents but decided to create art instead.

The artist’s “calligraffiti” has appeared in cities such as Cape Town, South Africa; Rio de Janeiro; London; Paris; and Tunis.