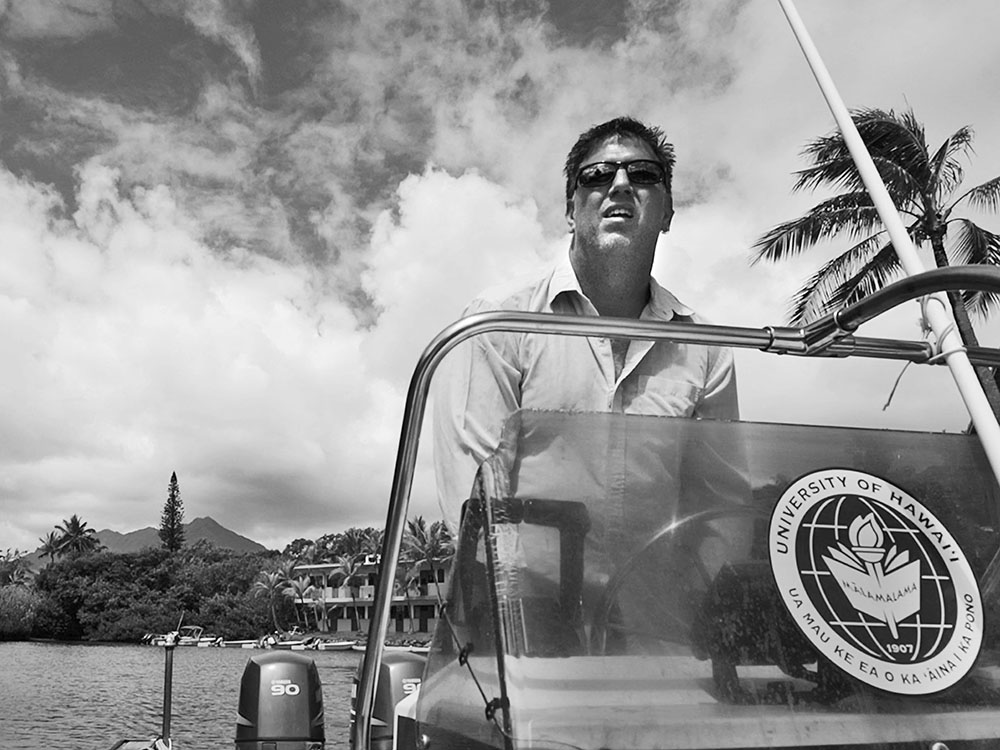 Coral reefs are home to a quarter of marine species, but the study of many of these underwater ecosystems is limited to what divers can reach and monitor. What if, NASA posited, the solution isn’t going deeper into the seas but higher into the skies? “Right now,” says ecologist Eric Hochberg, “the state of the art for collecting coral-reef data is scuba diving with a tape measure.” Now he’s taking NASA’s Coral Reef Airborne Laboratory into the skies. Flying five miles above the Pacific, their plane is equipped with a super-sensitive camera, which captures an immense spectrum of colors, enabling Hochberg’s team to map the reefs and determine how best to protect them. (Photo credit: JAMES ROUND/NASA)

The NASA-developed camera records more than 200 colors—a typical camera captures three—enabling researchers to distinguish between actual reefs and other objects and structures.

Hochberg began scuba diving when he was 13.