For proving it takes a village to go green. 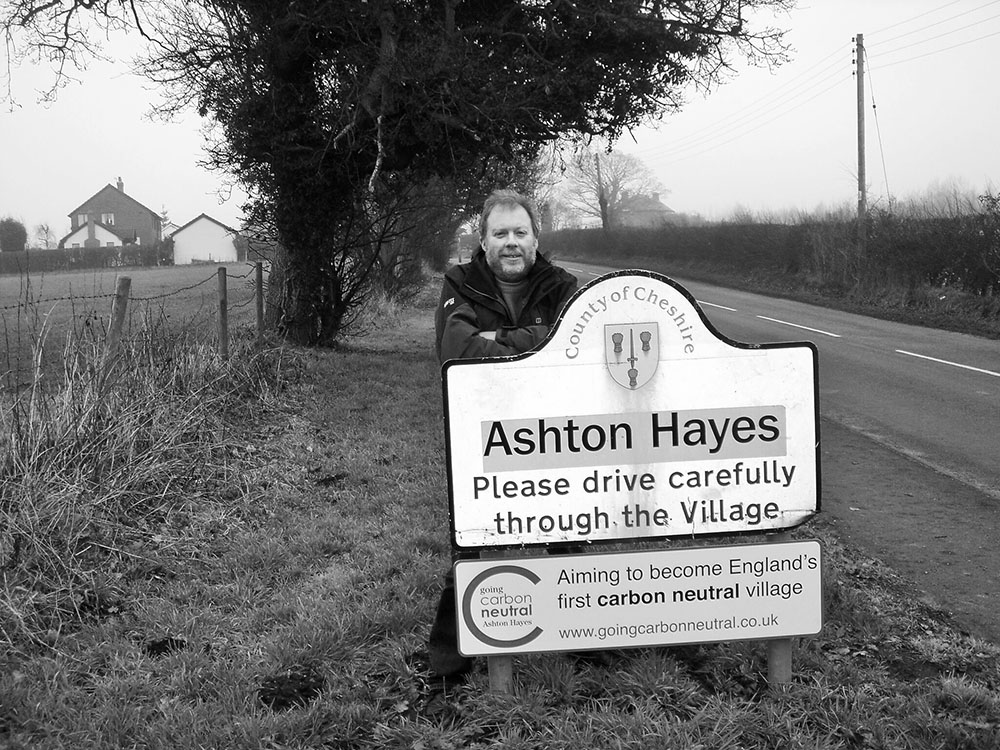 Watching government officials hem and haw about how to address the looming threat of climate change, Garry Charnock grew tired of waiting for a top-down directive. So a decade ago, the former journalist and trained hydrologist decided to sidestep gray-jacketed bureaucrats and enlist hundreds of fellow residents to cut greenhouse emissions in the tiny English village of Ashton Hayes. Since then, they’ve erected solar panels, glazed windows for insulation, taken fewer flights, and ditched dryers for clotheslines. Now in its 10th year, the experiment has resulted in a 24 percent reduction in emissions. Inspired by Ashton Hayes’s achievement, at least 200 towns, cities, and counties—in countries from Norway to the United States to Taiwan—have adopted similar measures. (Photo courtesy of Garry Charnock)

Charnock got the idea of transforming Ashton Hayes into Great Britain’s first carbon-neutral town after attending a lecture about global warming at the Hay Festival, an annual literary confab in Wales.

From the beginning, Charnock wanted the town’s green initiative to be run on the grassroots level. 75 percent of village adults attended the project’s first meeting in 2006.