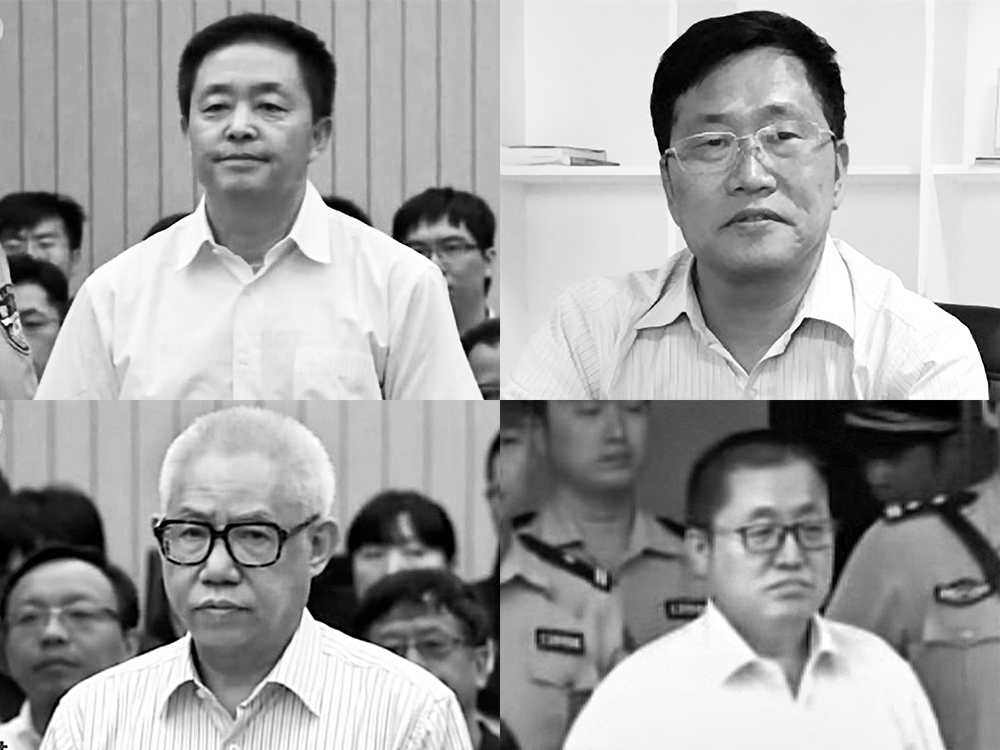 In a stunning crackdown on civil society, Chinese authorities have arrested or detained more than 200 human rights lawyers and activists since July 2015. In August, Gou Hongguo, Zhou Shifeng, Hu Shigen, and Zhai Yanmin became the faces of that repression. The longtime advocates for democracy and free speech were the focus of a series of televised trials in which they gave forced guilty pleas, renounced their activities, and received prison sentences. Transforming the dissidents into pawns of the country’s propaganda machine, of course, did more than punish the activists: It promoted the power of the Chinese state and made human rights activists national foes.

Hu Shigen already served 16 years in prison for his role publicizing the Tiananmen Square massacre in 1989.

In 2014, due to his support for detained lawyer Xu Zhiyong’s call for more government transparency, Zhai Yanmin was fired and forced to take a job as a janitor at a police station.

Guo Hongguo’s charges reportedly stemmed from his attendance at the 2014 InterEthnic/InterFaith Leadership Conference in Taiwan, organized by the U.S.-based nonprofit Initiatives for China.

Zhou Shifeng was previously the director of the Beijing Fengrui law firm, which represented dissidents, including Ai Weiwei. After Zhou’s arrest, state media accused the firm of running a criminal syndicate and inciting social disorder.