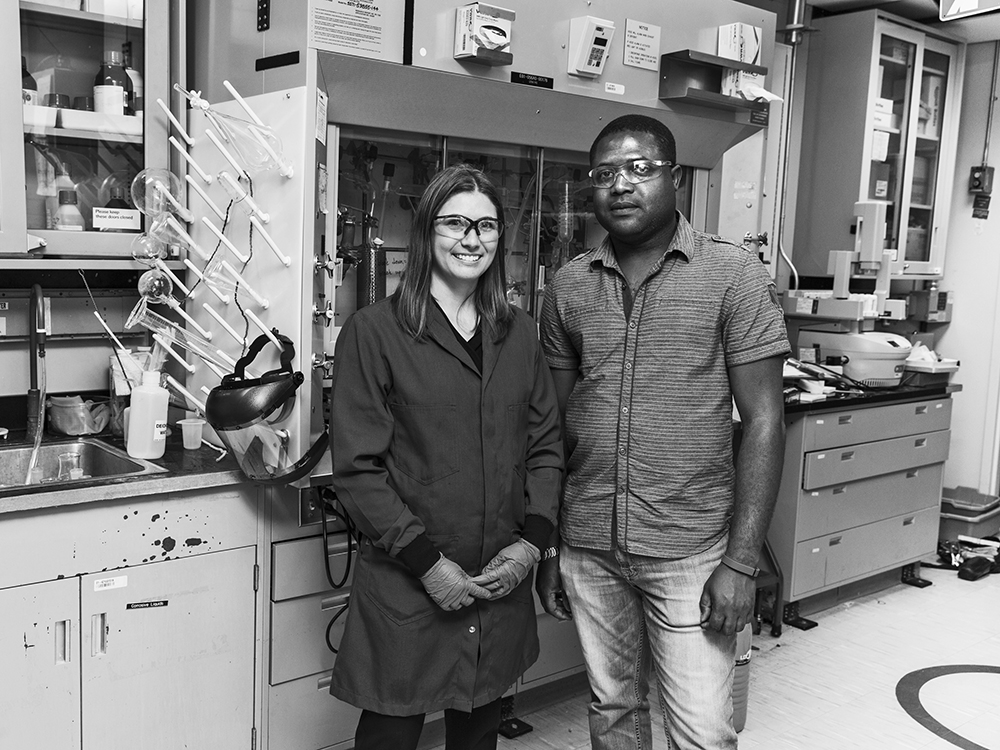 Every year, industry produces more than 2.7 million tons of hard polycarbonate plastic, used in smartphones, eyeglass lenses, and many other products. Difficult to recycle, it winds up in landfills, where it leaches the industrial chemical BPA. So Jeannette Garcia and Gavin Jones, chemists at IBM’s Almaden Lab, have developed a process that introduces new elements to polycarbonates that prevent BPA from leaking. The recycled, reconstituted plastic isn’t just durable. Garcia described it to CNN Money as “an environmental win on many fronts.” Because it doesn’t decompose like other polycarbonates, the material might be safe to use in water purification, fiber optics, and other systems. Trash, in short, could take on new value. (Photo courtesy of Jeannette Garcia and Gavin Jones)

During her first week at IBM, Garcia accidentally invented a super-strong and fully biodegradable plastic. She was supposed to mix three ingredients in an experiment, but after combining the first two, the material, which she later called “Titan,” became so hard she had to break it with a hammer.

Jones’s mother, a single parent, described her son’s early life as difficult: “There were days that I suffered hunger, despair, hopelessness,” she told Gleaner newspaper. “I didn’t think that I could face the challenges that came with educating and grooming an extremely brilliant child for tertiary education. My night was a long dark one, but now morning has broken with joy.”