For getting a grip on robots. 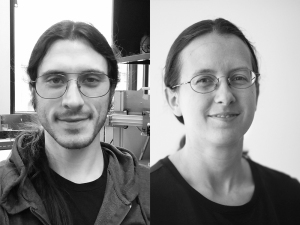 If a robot is ever going to clear the kitchen table, it first must learn to pick up dishes. Harnessing the power of opposable thumbs might be tricky for computers, but Brown University professor Stefanie Tellex and graduate student John Oberlin aren’t giving up just yet. They are teaching one popular type of industrial robot the art of gripping. Baxter, as it’s known, uses cameras and infrared sensors to examine various objects and find, through trial and error, the best and strongest clutches on them. Once learned, an experience is recorded in a database, which already contains information on some 200 objects. The endgame is to share that archive among robots so that a teachable moment for one is a lesson for all.

If all 300 Baxter robots dedicated to research participated in Tellex and Oberlin’s project, they would learn to grasp 1 million objects in 11 days.