For transforming trauma into a quest for justice. 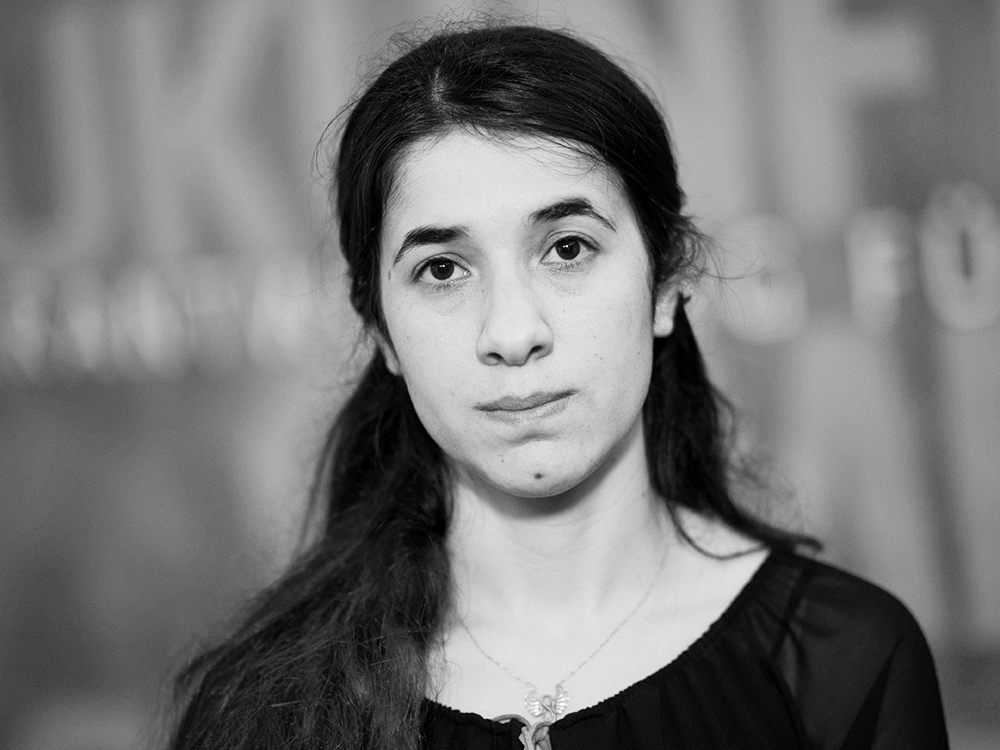 Nadia Murad won’t let the world forget that she was raped. In August 2014, she was among thousands of Yazidis, a minority religious and ethnic group, captured by the Islamic State in northern Iraq. Most of the men, including six of Murad’s brothers, were killed. Murad and many other women became sex slaves. She escaped after three months, eventually making her way to Germany. Today, she tells her story—to the U.N. Security Council, U.S. Congress, leaders in the Middle East, and other power brokers—because she views it as a potent weapon against her former captors. She’s called for international protection of minorities in the Islamic State’s crosshairs, for expanded refugee resettlement, and for defining what’s happened to the Yazidis as “the G-word”: genocide. (Photo credit: JULIAN STRATENSCHULTE/AFP/Getty Images)

More than 3,000 Yazidi women and girls are still believed to be held captive by the terrorist group.

This spring, acclaimed attorney Amal Clooney announced that she would represent Murad and other Yazidi women and seek to take their cases before the International Criminal Court.