For banking on a moonshot. 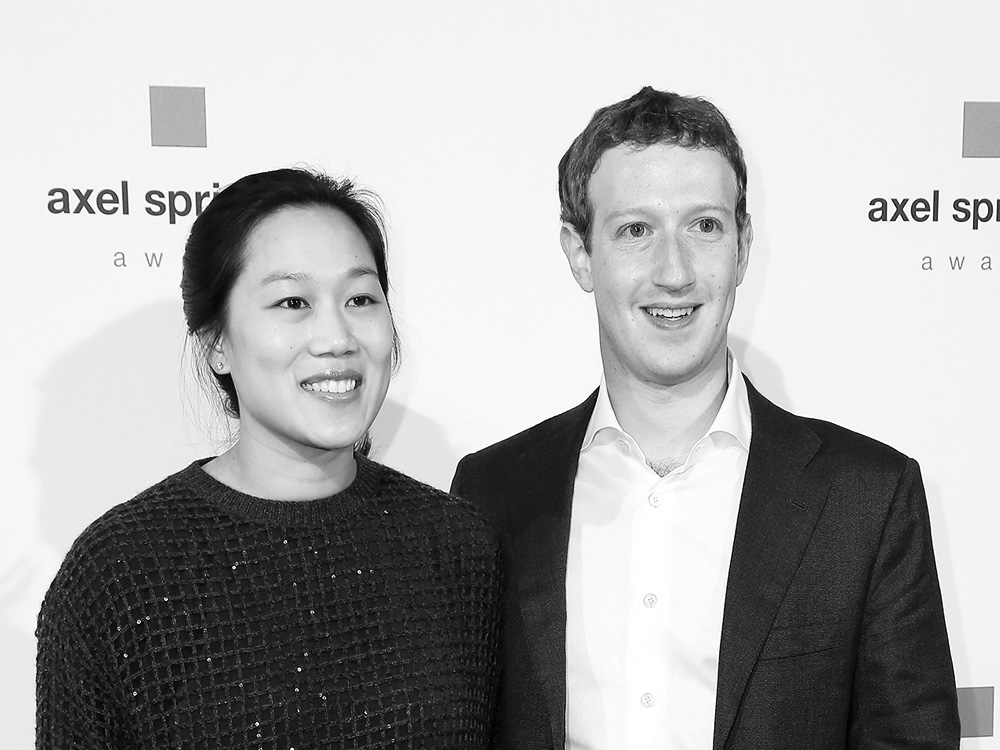 Diabetes, cancer, malaria—name a malady, and this duo wants to eradicate it. In September, Facebook’s founder and his wife, a pediatrician, pledged at least $3 billion to research aimed at curing or managing all disease “in our children’s lifetime.” The first $600 million is funding the Chan Zuckerberg Biohub, which will amass the brainpower of scientists and engineers from Stanford University and the University of California, in both Berkeley and San Francisco. (One of its first projects will be to map all human cells, with the result made public worldwide.) Bold? Yes. But not impossible. Announcing the project, Zuckerberg wrote on Facebook: “[J]ust four kinds of diseases cause the majority of deaths. We can make progress on all of them with the right technology.” (Photo credit: ADAM BERRY/Getty Images)

Facebook’s first couple met while waiting in line for the bathroom at a Harvard fraternity party in 2003. “He was this nerdy guy who was just a little bit out there,” Chan told the New Yorker in 2010.

Chan’s parents are ethnic Chinese who fled Vietnam on boats. She grew up speaking Cantonese and is the first person in her family to graduate from college.