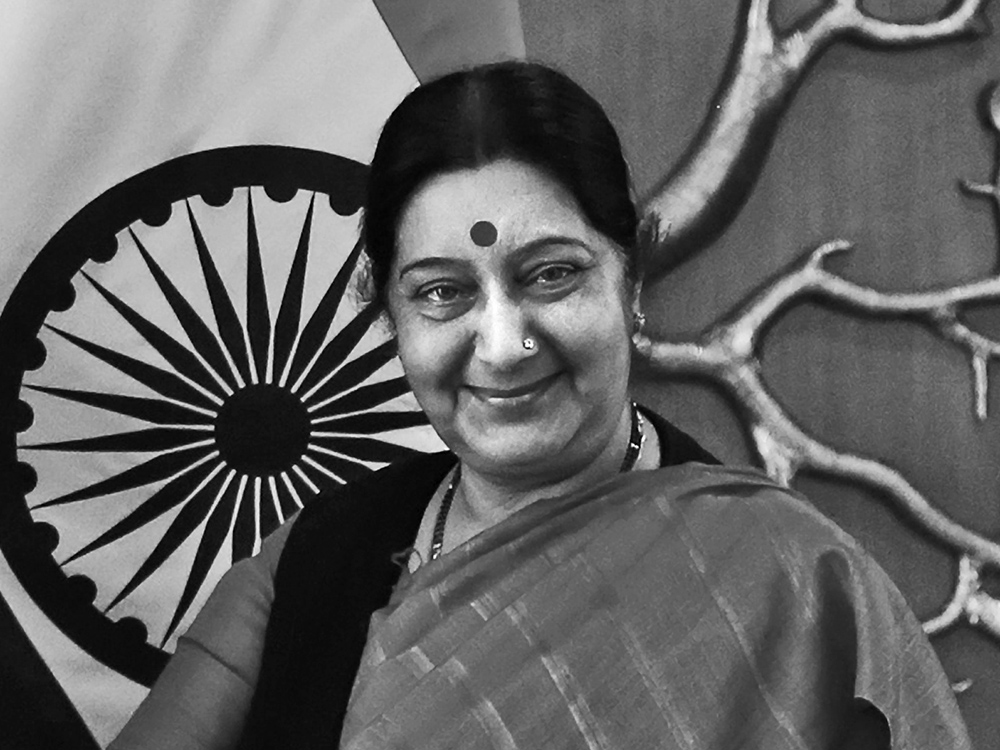 Because of cheap oil, Saudi Arabia has the largest budget shortfall of the world’s 20 biggest economies. When local contractors cut jobs or withhold salaries, migrant workers suffer. In July, Sushma Swaraj, India’s external affairs minister, tweeted to roughly 6 million followers that 10,000 Indian workers employed inside the kingdom faced a “food crisis.” What followed was a weeks-long social media operation in which Swaraj posted information for migrants about rations provided by the Indian Embassy, claims for unpaid wages, and government-organized transportation home. It wasn’t the first time Swaraj had helped those abroad via computer: From evacuating Indians from Yemen to helping replace lost passports, Swaraj has earned the nickname “the common tweeple’s leader” for her aggressive use of Twitter. (Photo credit: DRAGAN TATIC)

Followers shouldn’t expect Swaraj to solve just any problem. When one user tweeted a request for help repairing his refrigerator, she tweeted back: “Brother I cannot help you in matters of a Refrigerator. I am very busy with human beings in distress.”

BuzzFeed has called Swaraj “the most badass foreign minister on the internet.” The Washington Post has dubbed her “Supermom of the State.”