For poking the bear. 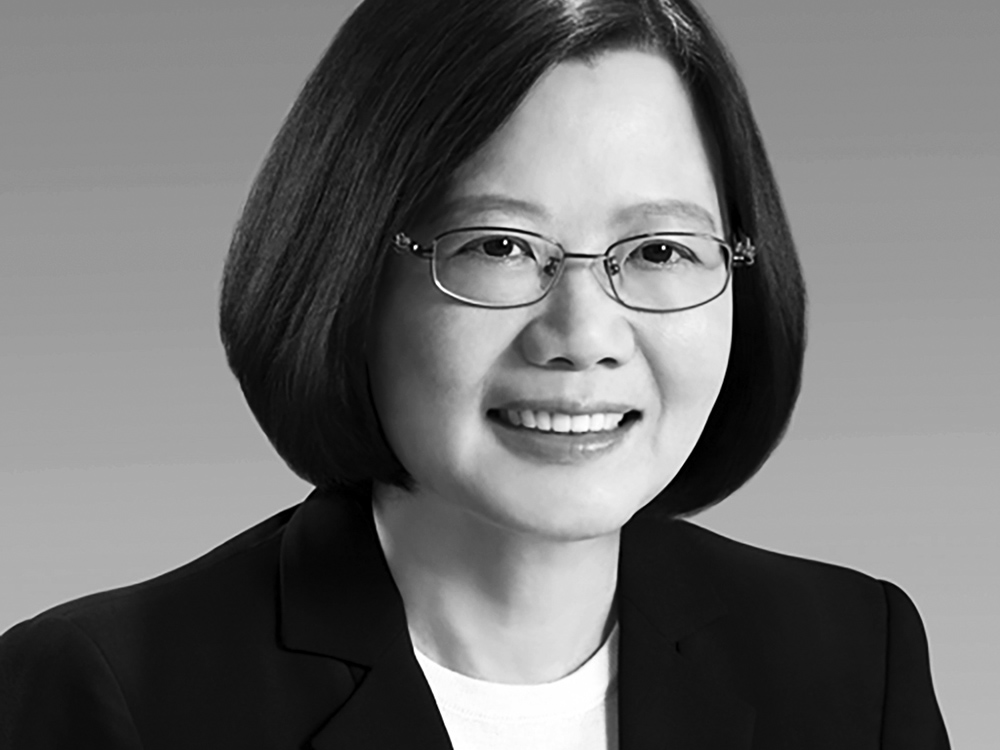 Since assuming office in May, Taiwan’s first female president, Tsai Ing-wen, has made the island’s sovereignty a top, albeit controversial, priority. Distancing her administration from the pro-China stance of her predecessor, she has cozied up to Japan by brokering a mechanism to deal with maritime disputes, dropped charges against locals who protested against a Taipei-Beijing trade pact, and reversed school syllabus changes that emphasize links to the mainland. Tsai’s National Day address on Oct. 10 called on Beijing to restart negotiations on the island nation’s status. It must “face up to the reality that the Republic of China [Taiwan’s official name] exists,” she said, “and that the people of Taiwan have an unshakable faith in the democratic system.” (Photo courtesy of Office of the President, Republic of China (Taiwan))

Think Think, one of Tsai’s cats, starred in some campaign videos. According to an aide, posts about felines on the president’s Facebook page were significantly more popular than those on political issues.

Immediately after Tsai took office, the Chinese state-run newspaper Xinhua ran an op-ed attacking her for being single, stating that “her political style and tactics are often emotional, personalized, and extreme.”