For composing songs of displacement. 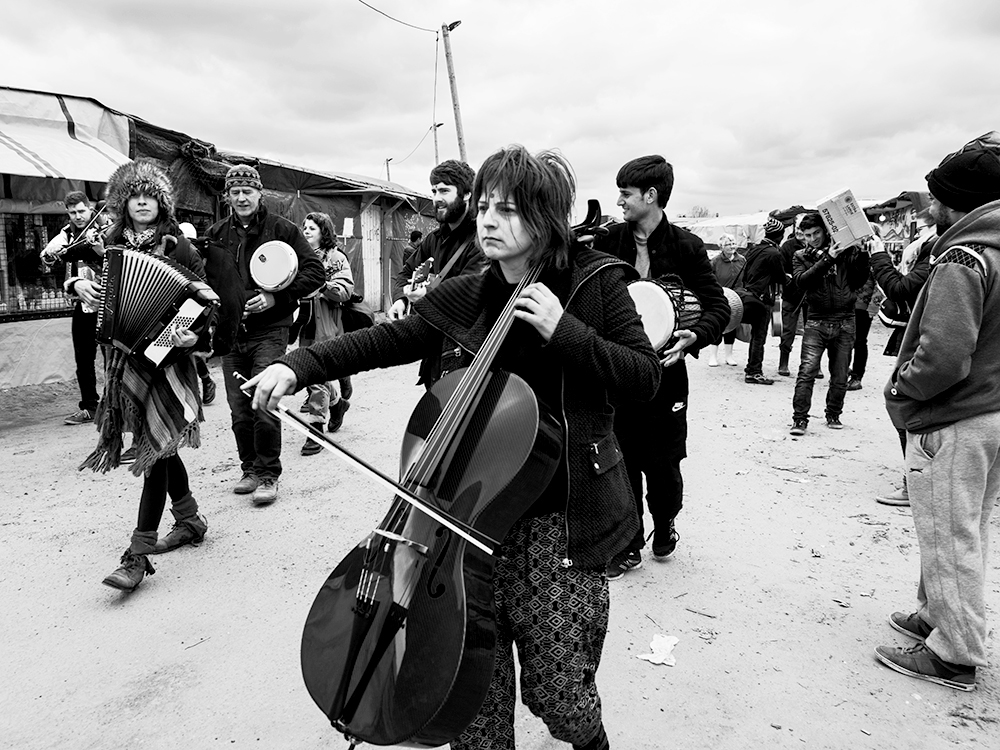 Until recently, thousands of refugees lived in the “Jungle,” a sprawling camp in Calais, France, where they had been the subject of xenophobic headlines and targeted in police crackdowns. Vanessa Lucas-Smith, a cellist in London’s Allegri Quartet, wanted to show a different side of the place. So she took a group of volunteers and a jumble of instruments familiar to Calais’s refugees—a Kurdish daf (drum), for example—to jam with Sudanese, Iraqis, Syrians, and others. The result was The Calais Sessions, an album of love ballads, rap songs, and other tunes released in July. It’s available on iTunes and Bandcamp, with proceeds going to the refugee performers and an NGO that was working in the camp. Thanks to Lucas-Smith, the world can now hear the Jungle’s true voices. (Photo credit: SARAH HICKSON)

Lucas-Smith plays a late 18th-century English cello. On the album, an Afghan refugee plays an instrument resembling a cello that he made from scraps around the camp.

The Calais sessions were recorded in a mobile studio, which, according to Lucas-Smith, was “complete with deafening generator.”