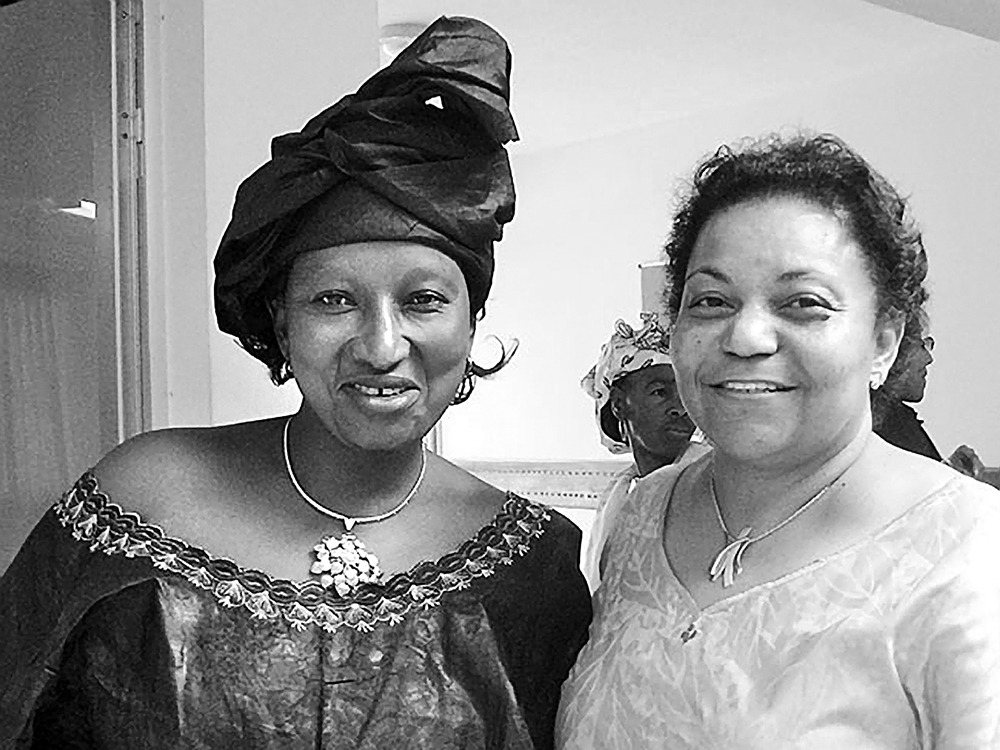 According to the U.N., just 7.5 percent of married or cohabiting Guinean women use some form of contraception. The result is an extremely high fertility rate—five births per woman—which places an immense burden on the roughly 50 percent of people living below the poverty line. The issue is one of culture and basic knowledge, so Yolande Hyjazi, country director of the reproductive health organization Jhpiego, is educating women at an unusual source: hair salons. Jhpiego has trained employees as community health workers, who deftly mix salon gossip with information about condoms and birth control. The program has been running in five salons in Conakry, the capital, since 2012 and is expanding to Guinea’s seven major cities this year. (Photo courtesy of Jhpiego)

Hyjazi has also worked in Jhiepgo’s Infection Prevention and Control training on Ebola in Guinea. When Ebola started spreading in the country, the NGO already had a network of local doctors, nurses, and midwives who would act as “master trainers” for the health system.